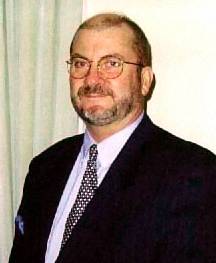 After working in the construction industry as a civil engineer and builder from 1967, Robert Hunt has practised as a lawyer and dispute resolver since 1983 in international and domestic disputes, usually in construction, engineering, marine, mining, commercial and intellectual property matters.

He is a Past President of the Institute of Arbitrators & Mediators Australia (IAMA), and was a Director of the Australian Centre for International Commercial Arbitration (ACICA) from 2000 to 2009. He is a Life Fellow, a Grade 1 Arbitrator and accredited as a Mediator (NMAS) and Adjudicator by IAMA, as well as being a Fellow and on the Panel of Arbitrators of ACICA. He is also a Chartered Arbitrator on the London Panel of the Chartered Institute of Arbitrators, as well as being a member of numerous other dispute resolution panels in Australia and overseas. He has been particularly active in promoting prompt and cost-effective resolution of technical and commercial disputes, and has spoken on this topic at various Conferences in Australia and overseas.

He also drafted the Rules of the Australian Seed Federation Dispute Resolution Scheme for the Domestic Trade in Seed for Sowing Purposes and for the Management of Intellectual Property. From 2005 to 2009, Robert was a member of the Trade and Arbitration Rules Committee of the International Seed Federation.